From the Southampton Press:

An attorney representing the East End Eruv Association warned Quogue Village Board members Monday that a denial of its application to create a religious boundary within the municipality would violate the First Amendment rights of Orthodox Jews.

During the hour-long public hearing, attorney Robert Sugarman of the Manhattan firm of Weil, Gotshal and Manges told the estimated 50 people in attendance that there is legal precedence that would support the village’s approval of the boundary, called an eruv. Mr. Sugarman’s law firm is the same one that is representing the East End Eruv Association (EEEA) in the federal civil rights lawsuit that it previously filed against Quogue and Westhampton Beach villages and Southampton Town over the proposed religious boundary.

Specifically, Mr. Sugarman said Monday that the group’s application, which was filed with the village two months ago, notes that the courts have ruled that attaching boundary markers, known as “lechis,” to utility poles in the village could be done without violating the Establishment Clause of the U.S. Constitution. The clause states that governments cannot give preference to one religion over another.

He added that, if the village were to reject the application, board members would be violating the rights of Orthodox Jews to practice their religion, a move that would violate the Constitution’s religious protections. Continue Reading –>

Related Post: Lawsuit Over Eruv in the Hamptons and American Legal Precedent

Shooting Hoops, But Missing the Point 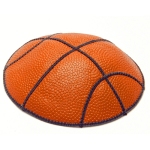 The basketball team of the Beren Academy in Houston, Texas received some good news today: they will not have to forfeit a playoff game scheduled for Shabbos, because the league would reschedule it. The Texas Association of Private and Parochial Schools (TAPPS) originally would not change the time for the game, set for 9 p.m. on a Friday night. However, after several players and parents filed a lawsuit in U.S. District Court alleging a violation of religious freedom, TAPPS quickly changed its mind. (Click here for the full story and here for the papers filed in court.)

In a statement issued by the Beren Academy, the school made it clear that it opposed taking legal action, but was thankful that the conflict was resolved. Signing on to the complaint was a difficult decision for some of the plaintiffs, as well. According to one parent, “We talked about, does God really want us to do this? Are we going to look good or poorly in his eyes? It came down to the gut.”

Several of the plaintiffs’ lawyers also commented on this hesitation:

“There was resistance to our bringing the lawsuit. We’re sorry that there are members of the Jewish community who are reluctant to challenge bias and prejudice as a result of this. But this case shows that sometimes legal action is necessary to get a result.”

“Either way, we could see this was going to serve as a great life lesson for the kids.”

What kind of lesson did this teach the children? What did it show to the world?

It is indisputably admirable that the basketball team made national headlines with their unwavering commitment to the sanctity of Shabbos. But what did filing a lawsuit achieve?  END_OF_DOCUMENT_TOKEN_TO_BE_REPLACED

Last week, the Maryland Court of Appeals (the highest court in that state) ruled that a lower court abused its discretion when it did not postpone a trial that was scheduled to take place on a Jewish holiday, during which the plaintiff, an observant Jew, could not attend a the trial. Two of the days of the ten-day trial were Shavuot, during which the Torah prohibits the performance of work. The plaintiff made several motions to postpone the trial, but the court denied them. Although the plaintiff was able to present his case-in-chief, he was unable to attend during the days which the defendants presented theirs. The Court of Appeals held that this was presumptively prejudicial to the plaintiff, and it was reversible error. Click here to read the entire decision.

This case raises several interesting issues from the perspective of both Jewish and American law. First, from a halachic standpoint, it is necessary to explain why the observant Jewish plaintiff could not have his attorney appear in court for him (assuming that the attorney himself was not Jewish). This is because of the concept of Amira L’Akum, which essentially means that a Jew is not allowed to order a non-Jew to perform an action for him on Shabbos or a holiday that the Jew himself is prohibited to perform. Additionally, a Jew may not even benefit from a prohibited action that a non-Jew performed on his behalf, even if the Jew did not order the non-Jew to perform the action. See generally Shulchan Aruch, Orach Chaim §§ 276, 325. This, in fact, was noted by the plaintiff in the aforementioned case in his motions to postpone the trial.

With regard to American law, this case touches upon the issue of accommodation of religious holidays in civil procedure. This is by no means a novel concern. For instance, New York has a law, dating back to the Nineteenth Century, which states the following:

Whoever maliciously procures any process in a civil action to be served on Saturday, upon any person who keeps Saturday as holy time, and does not labor on that day, or serves upon him any process returnable on that day, or maliciously procures any civil action to which such person is a party to be adjourned to that day for trial, is guilty of a misdemeanor.

General Business Law § 13. This law has been interpreted to apply not only to Saturdays, but to any other day religiously observed as a holiday. In one case, process intentionally served on the Jewish holiday of Succos was held invalid. Hirsch v. Zvi 712 N.Y.S.2d 238 (N.Y. City Civ. Ct. 2000), available here.

When I find news articles relating to the topics discussed on this site, I will post links to them. This week, a settlement was announced in a case involving an Sabbath-observant nurse who was denied a job because she would not work on Saturdays. Fortunately for her, New York City offered her a $40,000 settlement. Here is the story from the Wall Street Journal.